The Rhône region is the epicentre of Gallic gastronomy and, as such, is one of Europe’s ultimate destinations for foodies. Rich Burgundy wines, fine cheeses, zesty rosé from Provence… you’ll taste it all and much more on our eight-day river cruise through southern and eastern France alongside acclaimed chef Michel Roux Jr and food writer Tom Parker Bowles for an entertaining and insightful series of food events and excursions.

After setting sail from Arles, you will travel up the Rhône River, picking up some cookery skills along the way, as Michel will host an exclusive cooking demonstration, signing copies of his latest book and sharing his culinary secrets in a special Q&A session. ‘I can’t wait to join you on the Rhône for this wonderful holiday,’ says Michel. ‘I’ll help you discover the secrets of French cuisine in a region famous for its gastronomy.’ Bon appetite!

What’s Included On Board: 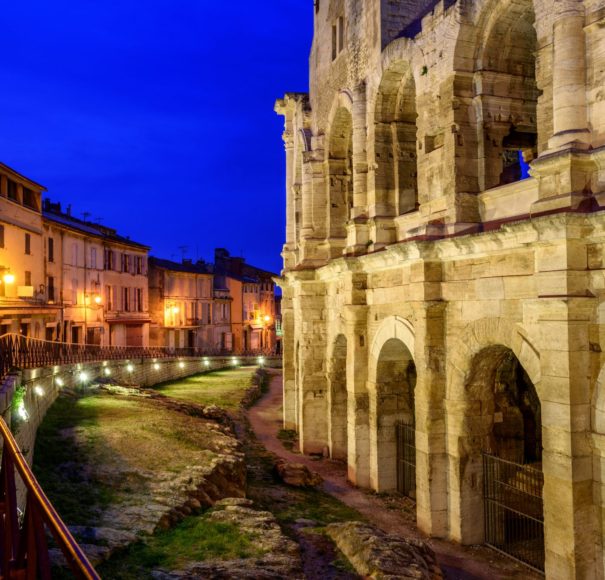 You will be met at the airport in Marseille and transferred to the Emerald Liberte Luxury ship in Arles where you will be welcomed by your Captain and crew.

Tonight enjoy a welcome reception and dinner on board. If flying into Marseille, please book your flights to arrive prior to 12:30pm.

Revel in the glory of the Roman Empire today during an insightful visit to Arles, including the UNESCO World Heritage-listed Roman and Romanesque monuments of Arles and Arles Amphitheatre, a 2,000-year-old structure where spectators would have once gathered by the masses to watch superb chariot races.

Enjoy learning about the time that Vincent van Gogh spent in the city, taking inspiration from his surroundings and using them to create many of his most iconic pieces of art, including the “Starry Night Over the Rhône”, before exploring Arles at leisure.

EmeraldEXCURSION: A guided tour of Arles with arena visit 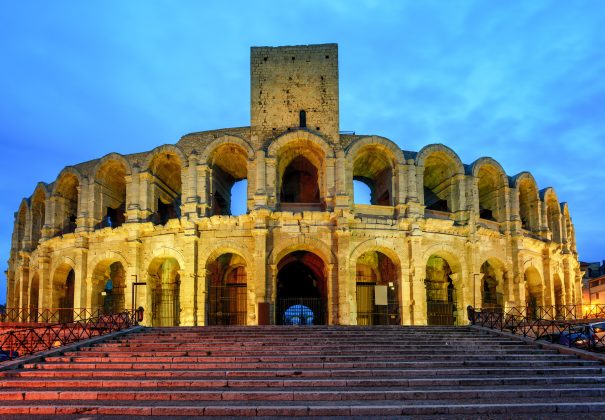 Avignon has a long and storied history, as this fortified town was once the residence of Popes who fled from Rome, hoping to escape from the political pressures of the Roman Empire.

Embark on a guided walking tour of Avignon to witness its illustrious past, including the ornate Gothic exterior of the UNESCO World Heritage-listed Palais des Papes, built by the Popes over two decades.

This afternoon is yours to explore at leisure, perhaps crossing the 12th-century Stone Bridge.

EmeraldACTIVE: A canoeing excursion in Avignon

EmeraldEXCURSION: A guided tour of Avignon 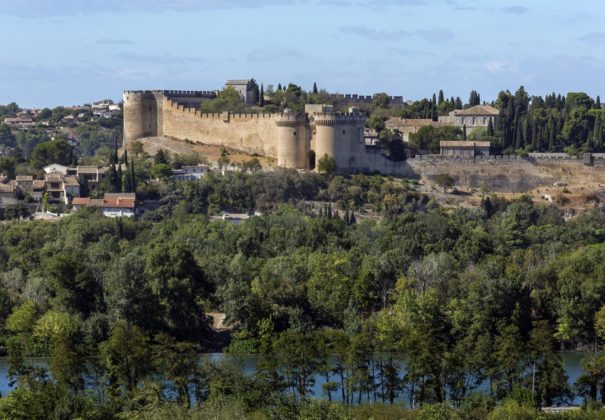 A snapshot of quintessential France awaits your arrival in Viviers, a town that perfectly encapsulates the medieval days of the region.

Pastel coloured buildings that have been gently faded by the sun line narrow cobblestone streets, and the heart of the old town is yours to explore today during a guided walking tour.

EmeraldEXCURSION: A guided tour of Viviers 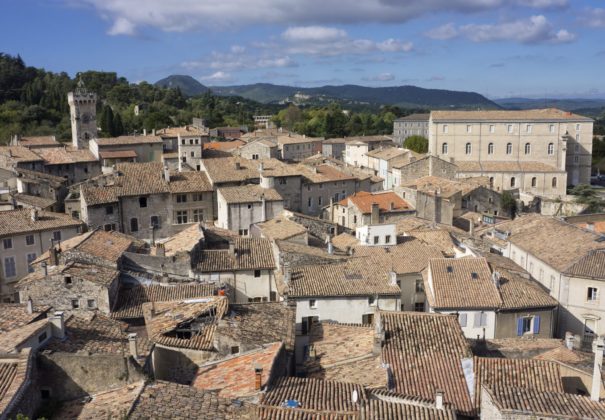 As we sail down the gently twisting Rhône and into Tournon, a 16th-century castle sits overlooking the village and a pair of ancient watchtowers can be seen adorning the surrounding rural landscape.

Today, embark on a guided tour of Tournon to learn about its illustrious history and the culture of the people who call it home.

If you would like to explore more of the region’s natural beauty, then you may instead choose to embark on an EmeraldACTIVE hike through some of the local vineyards. Later, a guided bike tour to Glun will touch on the French countryside and the lives of the people who live there.

Exclusive Event: This afternoon, join Michel Roux Jr for an insight in to his career with an exclusive talk and Q&A.

EmeraldACTIVE: A guided hike through the vineyards EmeraldEXCURSION: A guided tour of Tournon 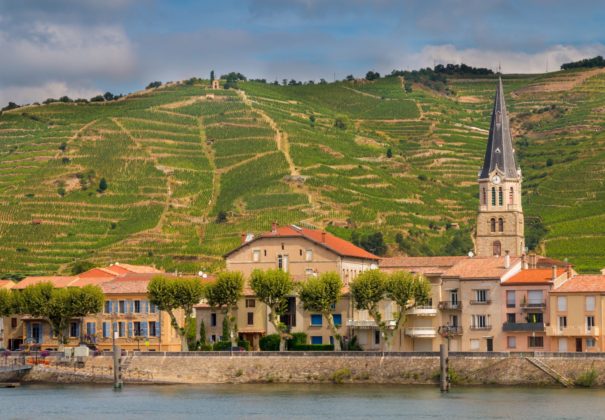 As one of the largest cities in France and a former Roman capital, a lot of the most important moments in French history have taken place in Lyon.

But, it’s Lyonnaise cuisine that has really put this city on the map, delighting gastronomists from around the world. Join your local guide for a walking tour of Lyon, including the UNESCO World Heritage-listed Basilica Notre-Dame de Fourvière.

If you are feeling more active, then you may instead choose to embark on a guided bike tour around Lyon, touching on its most prominent architectural wonders and moments from history.

Back on board the ship, join an exclusive cookery demonstration with Michel, who will reveal his insights and stories and share secrets to creating the finest French cuisine using hand-picked ingredients from the market.

This evening, join Michel Roux Jr for dinner featuring courses specially chosen by the chef himself.

EmeraldEXCURSION: A guided tour of Lyon 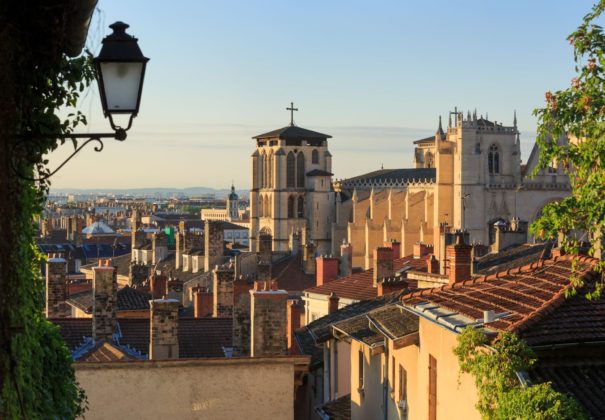 The birthplace of photography and the centre of Burgundy’s wine region is yours to discover today as you travel by road to the quaint village of Beaune.

Stop to visit the Hospices de Beaune, one of the best-preserved examples of 15th-century French architecture and home to one of the most popular wine auctions in the country.

EmeraldPLUS: A cheese and olive tasting on board 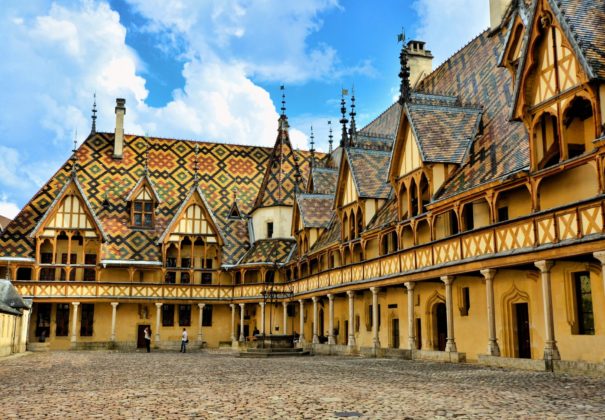 After breakfast, it’s time to bid farewell to your fellow guests and disembark the Star-Ship for your transfer to the airport, taking memories of French architecture and sun-kissed surrounds with you. 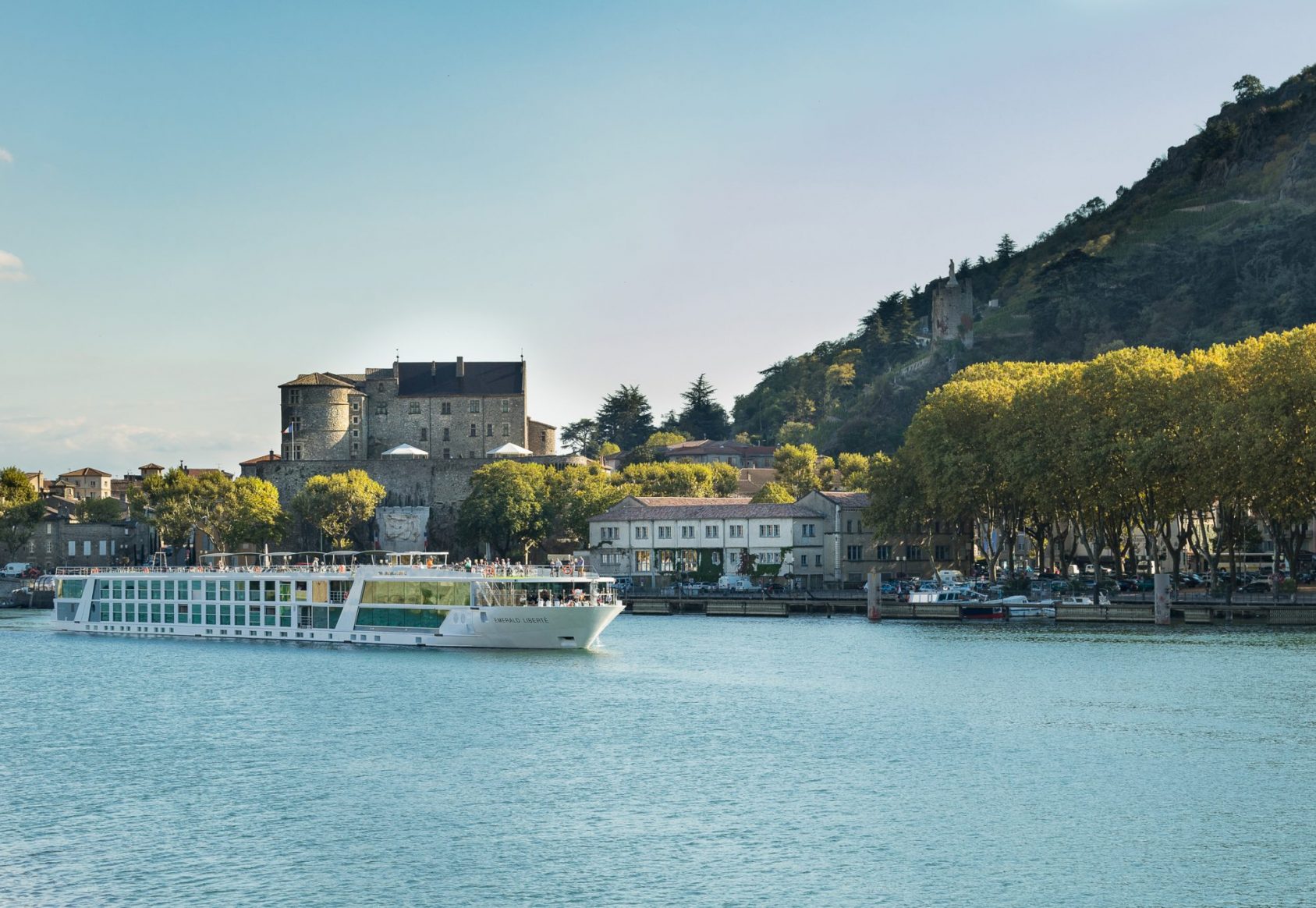 Built specifically for the Sensations of Southern France river cruise, Emerald Liberté is one of three Emerald Waterways ships launched in 2017.  Mirroring the effortless sophistication and beauty of the French countryside she navigates, Emerald Liberté offers authentic experiences of the rivers Rhône and Saône.  Travelling from Lyon to Avignon or vice versa, the Emerald Liberté explores culturally-rich and enigmatic cities before dissecting the wine regions and charming Mediterranean settlements of France.

The Emerald Liberté benefits from 70 generously-proportioned suites and staterooms with a capacity of 138 guests apiece, 43 crew contains a selection of excellent amenities and features. The Sun Deck of the ship also boasts a retractable glass roof which provides seasonal protection for the pool, cinema and Riverview Lounge below. Whether you wish to undertake a few lengths before breakfast in the heated pool or enjoy a Hollywood classic in the cinema, the choice is yours. Book one of the Balcony Suites, found on the Vista and Horizon Decks, and you’ll enjoy unparalleled views from the spacious private balconies – a truly invigorating start to another day on Europe’s beautiful waterways. 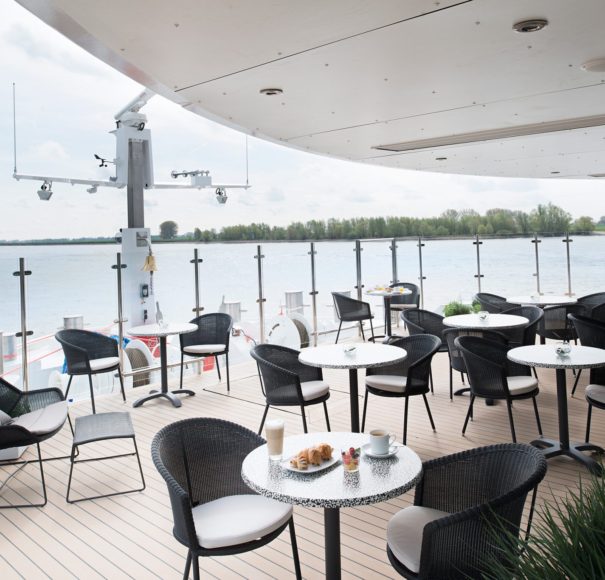 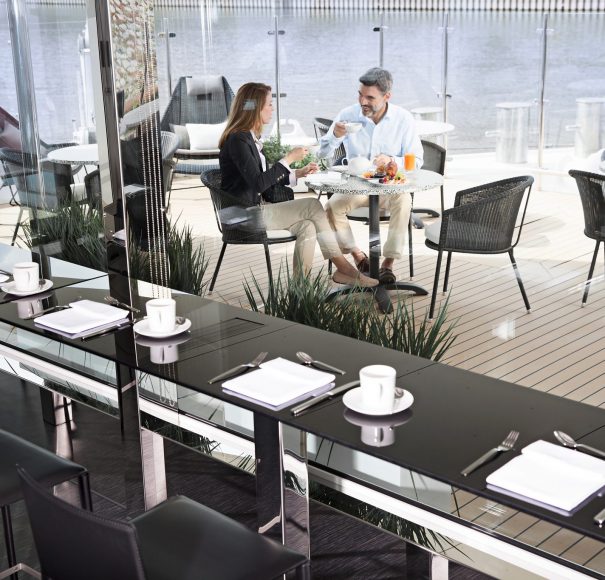 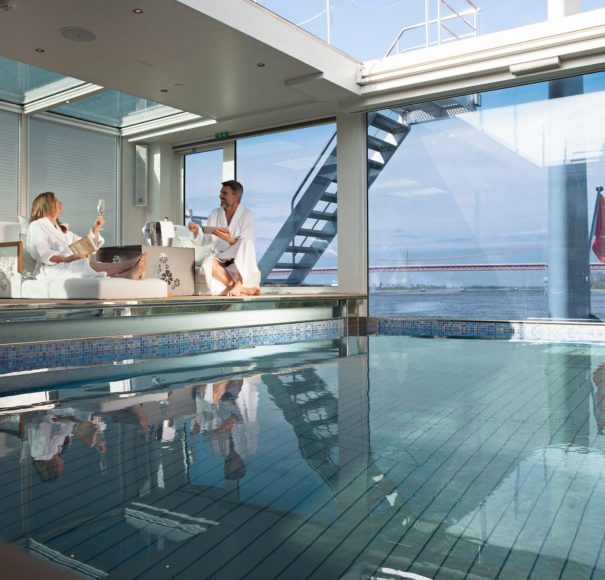 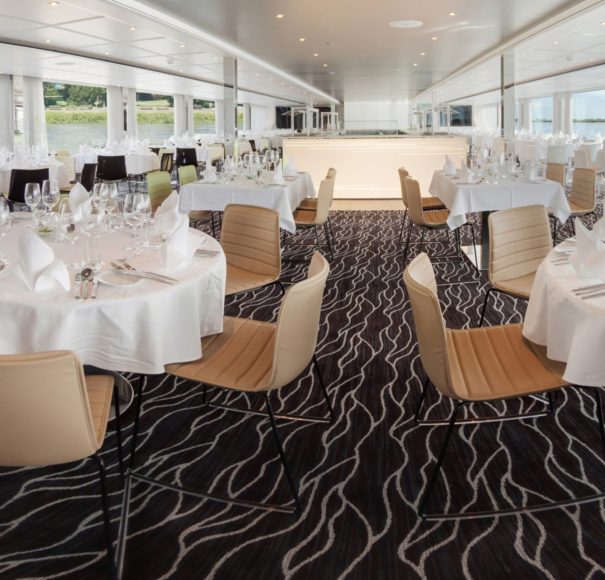 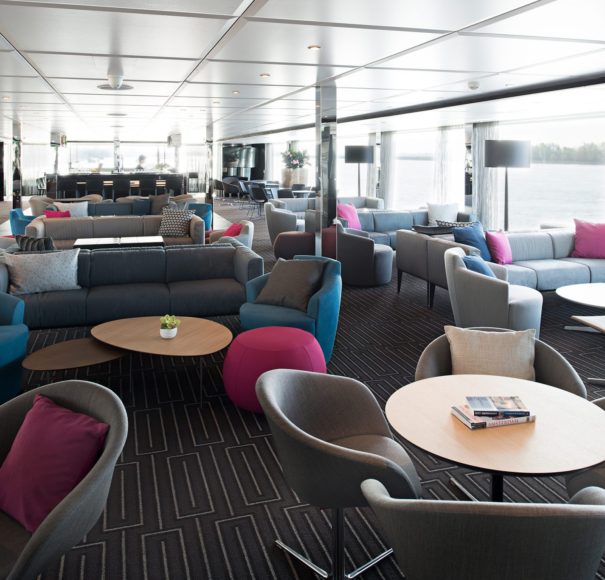 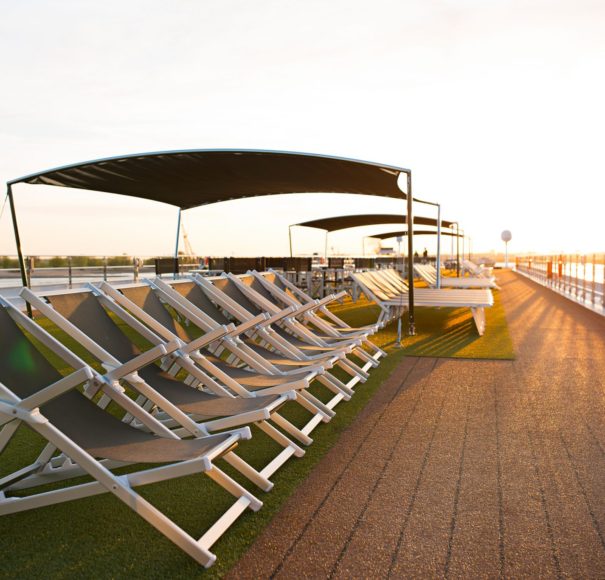 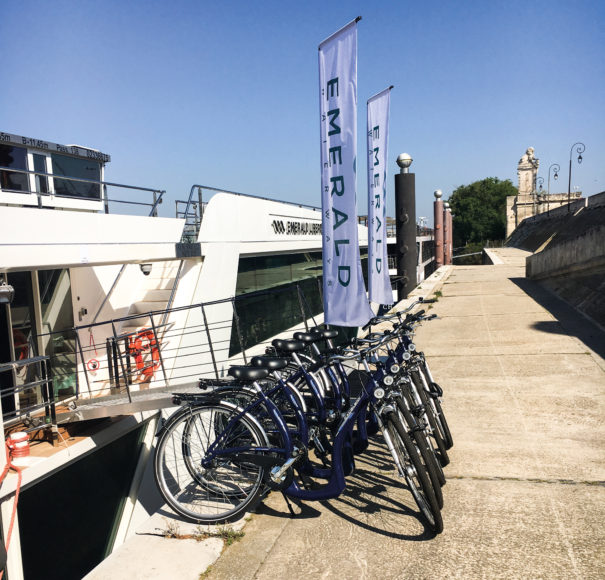 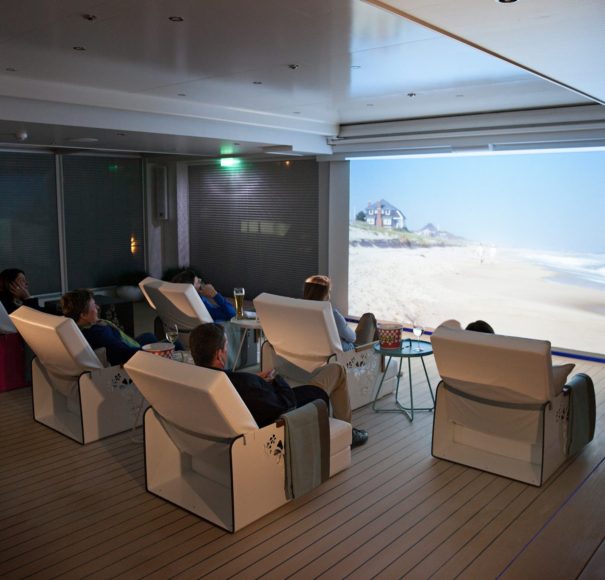 70 elegantly appointed staterooms and Suites range in size from 162-310 ft².  Most accommodations have a open air balcony.  Try one of the 2 One-Bedroom Owner’s Suites at 315 sq ft²  with their very own bedroom which closes off from the rest of the suite.  An outdoor balcony, complete with open-air system, allows you to enjoy the views of your surroundings whatever the weather so you can enjoy the ever-changing scenery however you wish. Suites feature added enhancements such as in suite such as a larger sitting area with two chairs.  All staterooms include amenities such ensuite bathroom with shower, Infotainment, free high-speed Internet access, climate-controlled air conditioning; and an in-room safe, fridge and complimentary bottled water replenished daily. 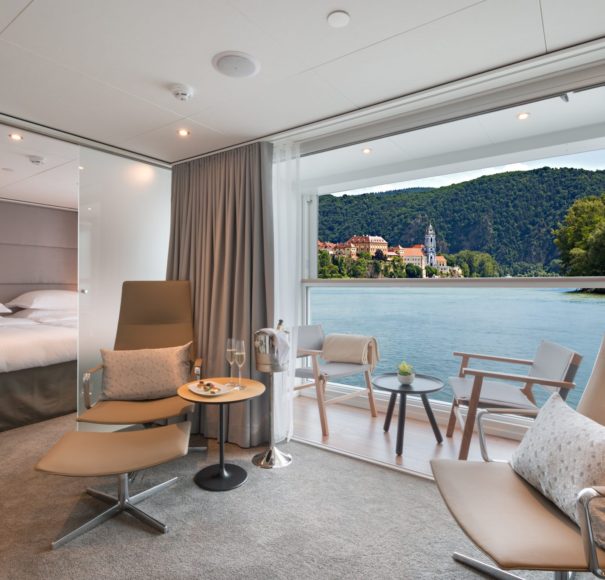 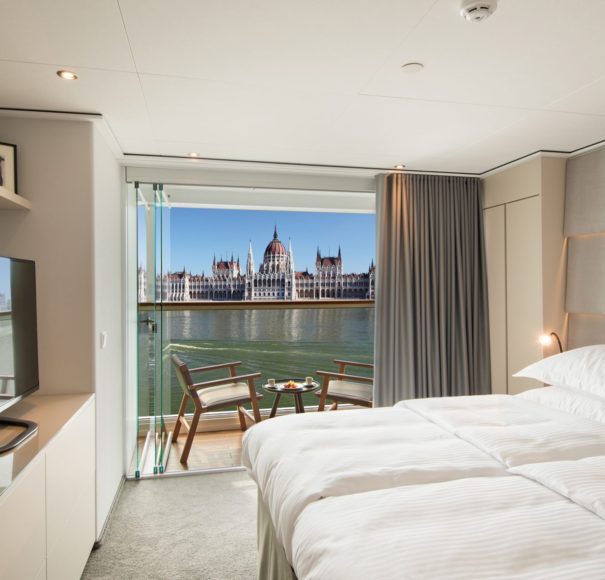 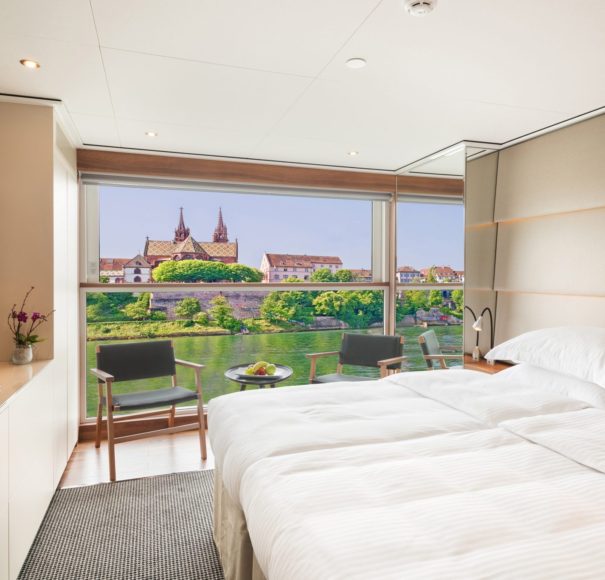 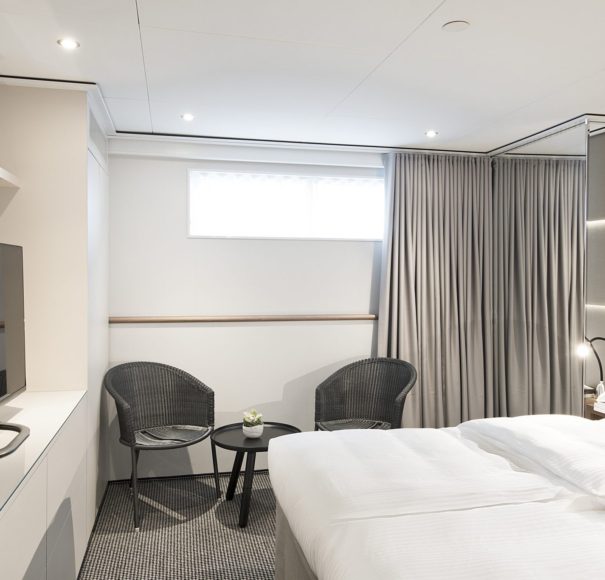 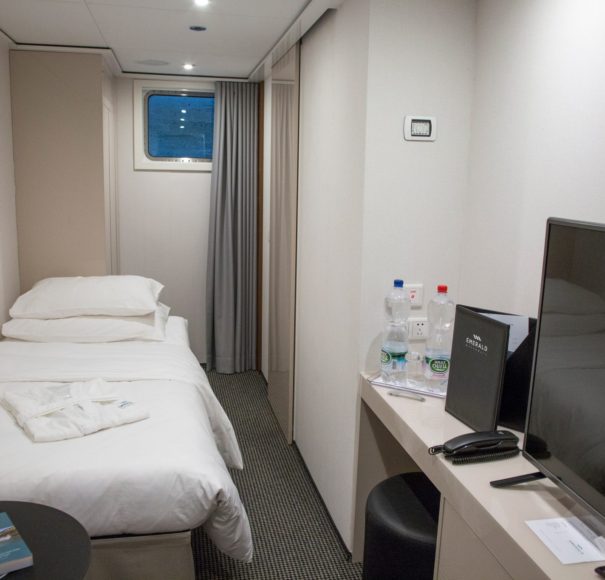 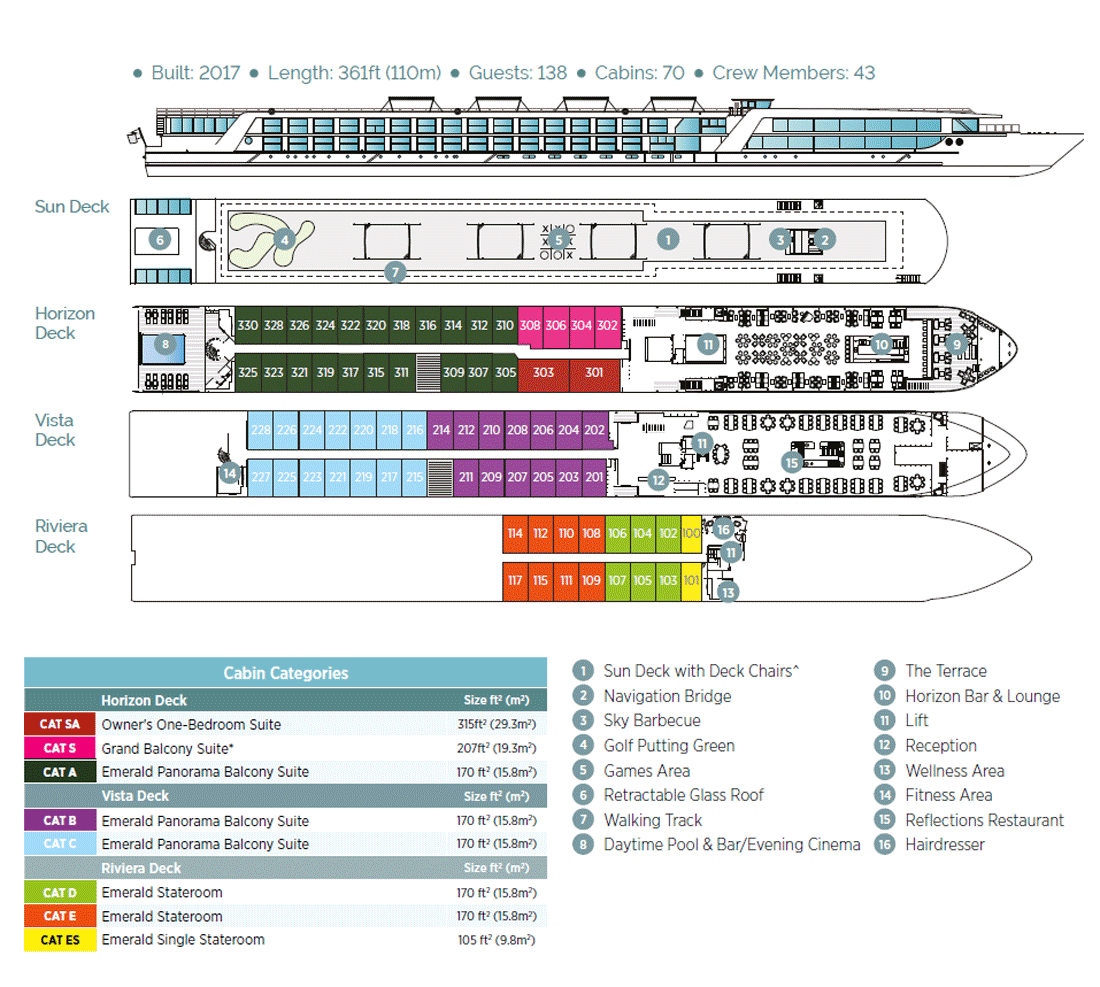 Emerald Waterways are a new entrant to the river cruise market and sit as Scenic’s premium river cruise sister company.  Ships are brand new and very contemporary in style and the river cruising is very relaxed.  A very welcome inclusion to the premium, luxury market.  A holiday to enjoy.

A Portrait of Majestic France

15 days on two different rivers to truly enjoy France at its best. The quintessential voyage for gourmets, oenophiles and lovers of France.

Enjoy this uniquely beautiful cruise along the French rivers Rhone and Saône.  You will experience picturesque villages, world famous wine regions such as the Cote d’Or.

From the lush slopes of the scenic winelands to the sun-baked hills of Provence and the wild beauty of the Ardèche Gorges to the medieval splendour of Avignon.