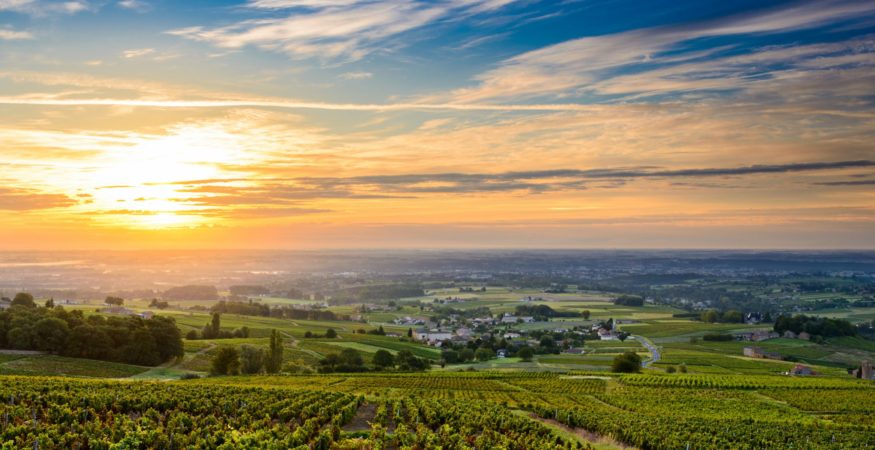 Like wine? We do – which is why harvest time cruises through the best wine areas are eagerly awaited and a little bit different.  Some of the most lively and entertaining are the November cruises on the along the Saône and Rhône rivers in southern France and the Seine in northern France.

Sleep always comes late on the third Thursday in November (20th November this year) for this is a very special night in France. Just past midnight, the sky is lit up with spectacular firework displays and fanfares. Beaujolis Nouveau has arrived!

The celebrations continue for the next three days. From a local festival, it has developed into one of the biggest wine events in France. It is part of the national culture – especially the race to be first to serve the new wine resulting in madcap chases across the country, wine crawls round the bistros and massive parties.

So what makes Beaujolis Nouveau so special?

Unlike any other wine, it is made within six weeks of harvesting and should be drunk young and quickly. It is served slightly cool, ideally at around 55 degrees Fahrenheit. Only Gamay grapes picked by hand are used.

The taste is very distinctive being as close to a white wine as a red wine can possibly get. It is a very fruity, easy to drink wine.

In France, people expect to drink all the available Beaujolis Nouveau by Christmas. Much of this will be drunk over the celebratory three day festival. In Beaujeau – the area’s capital – the festivities starts on the Wednesday when a massive party called Les Sarmentelles begins.

The name comes from the French term ‘sarments’ referring to grapevine cuttings. The cuttings from the Garmay vines are burned in the centre of town just before the stroke of midnight. One minute after the witching hour, huge barrels of Beaujolis Nouveau are opened for the first, special tasting. Drinking then continues until dawn. There is live music and dancing throughout the festival, as well as an opportunity to sample local food.

Similar celebrations take place all over France with restaurants and bistros hosting Beaujolis Nouveau parties. In Lyons, music and fireworks marking the uncorking of the barrels is followed by the two day long Beaujolympiades where 12 different types of Beaujolais are sampled.

The festivities have spread worldwide in a race to be the first to serve the new wine. It has been carried by balloon, truck, Concorde, elephant and rickshaws to its destination throughout Europe, North America and Asia. Over 65 million bottles are now distributed over this one weekend.

It is not just Beaujolis and the Rhone that dominate wine cruises. Equally desirable is the November Parisian cruise through Northern France with the opportunity to sample Benedictine, a herbal brandy liqueur at the Fécamp Monastery.

The Fécamp Monastery is a relatively recent creation, built in 1892 and is an amazing combination of neo-gothic and renaissance styles and is worth a visit in its own right. Then there is a tour of a Calvados distillery at Caudebec for a tasting of the famous Normandy apple cider and apple brandy Calvados – two of my favourite drinks. I’m afraid that French cider beats the english, flat version hands down. Putting bubbles in it completely changes the taste. Not to be outdone, a special Champagne tasting awaits in Paris, plus a tour of the Wine Museum (and more wine sampling from the Museum’s own vineyard in the South of France) – delicious! To enrich the experience a vintner often accompanies the group throughout the cruise and visits.

STOP PRESS: we have a special offer on an Amawaterways 7 night cruise from 20th November on the Seine. Package with flights for a french balcony cabin start from £1469 per person, saving over £2260 per cabin! Barry Wiss from Trinchero Estates in Napa Valley will be on hand. For full details click here: detailed itinerary