The 7 unmissable stops to take on a Danube River cruise

The Danube River is the second longest in Europe flowing west to east, making its way through numerous cities, ten different countries, and stunning landscapes, and has been a vital transportation route for over 2000 years. It is also one of best places to enjoy a river cruise, as there is so much to see. 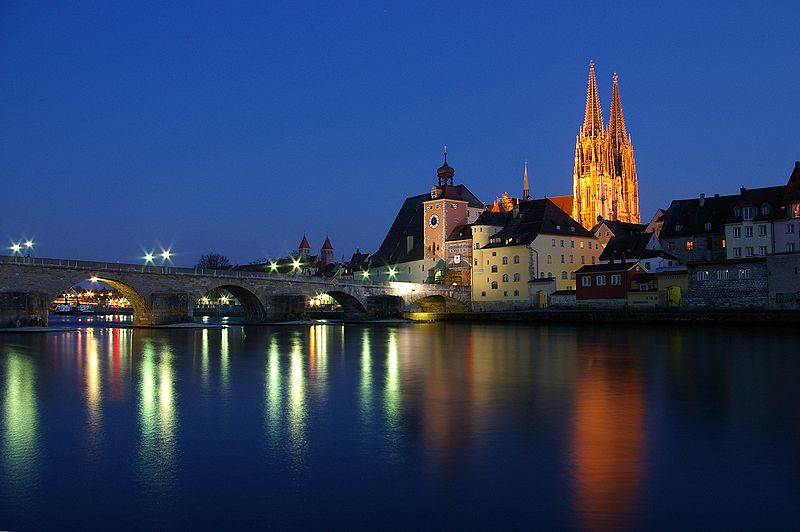 If you are looking to enjoy a Danube River cruise whether just a short or long one, these are places you simply can’t miss:

If you start your journey in Germany, where the Danube also originates, one of the first places you will stop at is the centuries-old city of Nuremberg. Though about 90% of the city was bombed in World War II, the city has been reconstructed. Popular attractions are the Market Square, the Gothic Church of the Lady and Durer House where Albrecht Durer lived from 1509 to his death in 1528.

Unlike Nuremberg, Regensburg suffered very little damage in the Second World War, so remains one of Germany’s most-preserved cities, and is also a UNESCO World Heritage Site. The most famous structure to see is the Old Stone Bridge, built from 1135 to 1146 and many of the buildings in the city date back to the 13th and 14th centuries.

The Hungarian capital of Budapest is split down the middle by the Danube River, and the two parts, Buda and Pest, were once only connected by ferry. Several bridges have now been built, the Chain Bridge being the first, uniting the two sides to form Budapest. Each side is remarkably different. Hilly Buda has many historic buildings like the Castle Palace, The Fisherman’s Bastion and Matthias Church. Pest is much flatter and has a modern feel with the St Stephen’s Basilica, Parliament and Central Market Hall.

This popular Austrian city is perfect for visitors with its cultural hotspots around the medieval town centre. There are pretty baroque buildings, the Ursuline Chapel, and Austria’s biggest church, Mariendom. Linz also has a very musical past, with Mozart, Beethoven and Anton Bruckner having created masterpieces in this city.

Often considered one of the highlights of the Danube river, Vienna is rich in music, art and culture. Starting at the Ringstrasse, the historic centre has been named a UNESCO World Heritage Site. Along the boulevard Ring Road are a number of monumental historical buildings like St Stephen’s Cathedral, the Vienna State Opera, Museum of Fine Arts and the Hofburg Imperial Palace. Take your time in Vienna, as there is always so much to see.

The baroque Melk Abbey is a sight to behold from the Danube. For more than 900 years Benedictine monks have worshipped there. A tour of the monastery is unmissable, where you can see relics, art and thousands of books and manuscripts in the impressive library.

On the border of Serbia and Romania is a series of narrow gorges. There are two hydroelectric dams as well as some truly majestic scenery. On a cruise, you can spend more than a day here, and there will always be something to see. There is the Golubac Fortress and the stunning sculpture of the carved face of Decebalus, the founder of Romania.

Before you head off to see these unmissable sights along the Danube, be sure you have some comfortable shoes on, and some binoculars and a camera on hand.