The Po River flows into the Adriatic Sea just south of Venice and our Po River cruises provide an exciting experience to see this slice of Italy. Day tours of Verona, Venice and Milan are definite highlights while on your cruise as there is so much to see. 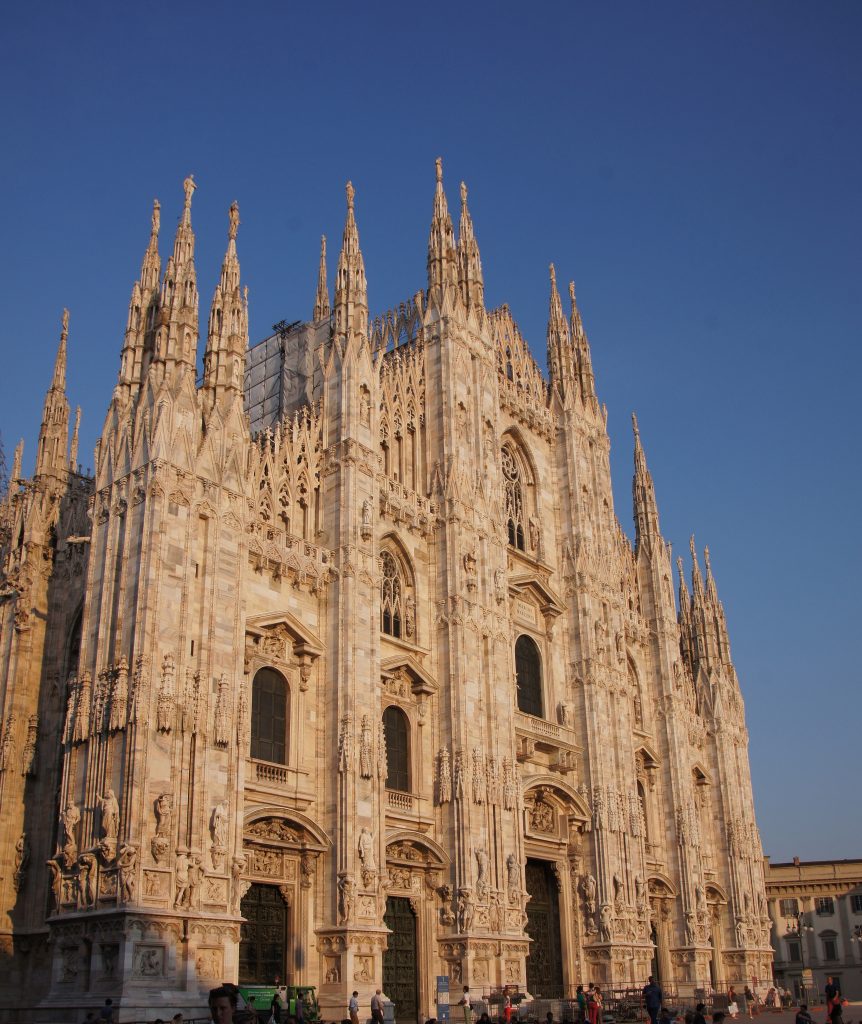 If you are looking for a longer holiday and a tour of Northern Italy, why not add on some extra time in Milan? Check out below the top five unmissable sights to see when exploring the city:

The Cathedral of Santa Maria Nascente, which the Milanese call ‘Il Duomo’, is one of the largest in the world, holding up to 40,000 people and is one of the most magnificent examples of the flamboyant Gothic style of architecture. Building began in the 14th century, but the façade was not completed until the early 1800s. The roof is topped with 135 delicately carved pinnacles and the exterior is decorated with 2,245 marble statues. The interior is dim, a striking contrast to the brilliant exterior, but still makes an impressive impression with 52 gigantic pillars. The stained glass windows are the largest in the world and date to the 15th – 16th centuries.

The Gothic brick church of Santa Maria delle Grazie in the Corso Magenta began construction in 1465 and the six-sided dome designed by Bramante, one of Italy’s most influential Renaissance architects, is a fine example of Early Renaissance. The church was damaged in World War II and during excavation, old sgraffito paintings were found, but the reason this place is visited by tourists is to see Leonardo da Vinci’s most famous work, The Last Supper, which is painted on the rectory wall, and is a must see to anyone visiting, but tickets need to be booked in advance.

To the right of the Duomo, overlooking the Piazza del Duomo, are the restored twin Arengario buildings, one of which houses the Novecento art museum. The outside is worth a look before stepping in to discover the riches inside. The museum holds many masterpieces of Italian art from the 20th century, ranging from neo-Impressionism, to surrealism, abstractism, spatialism and Arte Povera. If you enter near closing time, head to top floor of the building to see views of the Piazza and Duomo as the sun sets.

Another attraction looking over the Piazza del Duomo is the grand Galleria Vittorio Emanuele that was designed by Guiseppe Mengoni and built between 1865 and 1877. At the time it was the largest shopping arcade in Europe as the dome reaches 48 metres above the mosaic floor. It is a splendid example of a 19th century iron and glass construction and still a vibrant place for meeting at the cafés for coffee and lunch as well as shopping at the luxury shops.

Considered one of the most prestigious opera houses in the world, La Scala has heard the music of all the greatest musicians, composers and singers and the 2,800 theatre seats are the most sought after in Italy. In the same building is the Museo Teatrale alla, Scala where you can find a collection of costumes from landmark performances and historical momentos of those who have performed at La Scala including Verdi, Rossini and the conductor Arturo Toscanini. If there is no rehearsal in session the museum offers access inside the grand opera house itself.